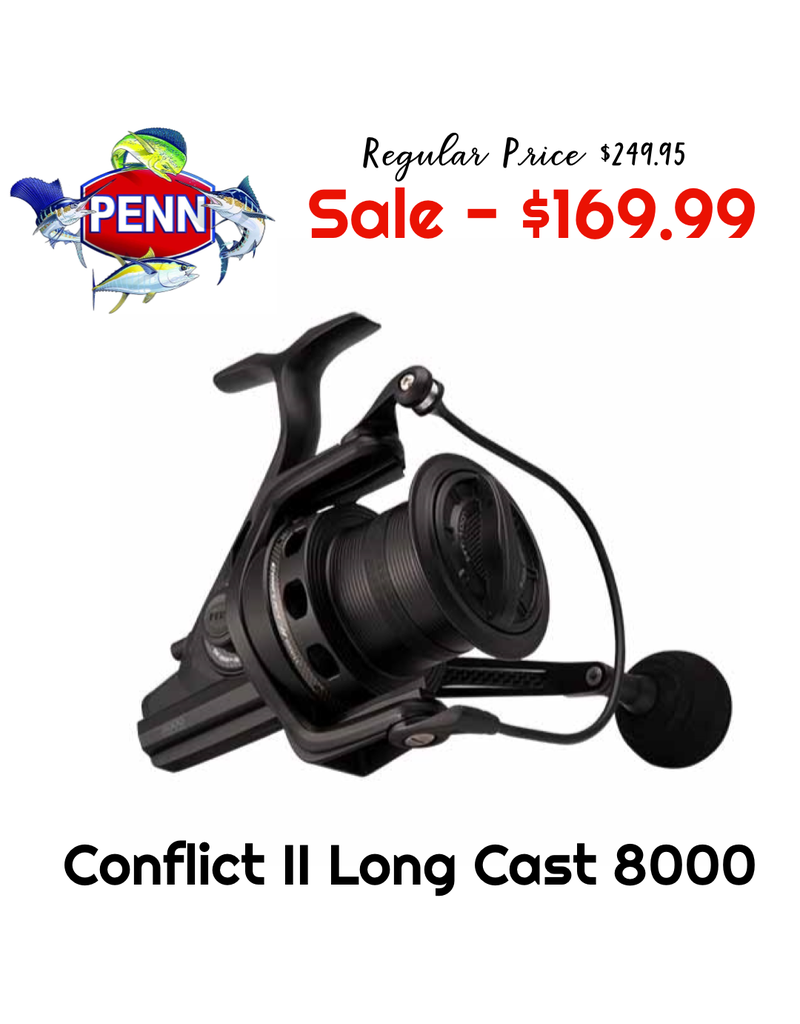 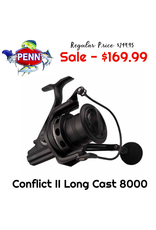 The PENN Conflict II Long Cast Spinning Reels are a development upon the success of the original Conflict II. As the market grows, there are two main criticisms that surf anglers have of long cast reels. The first is that most long cast reels are generally very heavy, and the second is that there are very few long cast reels that are built to withstand exposure to saltwater. That's why Penn has introduced three long cast models of their lightest spinning reel they've ever made, the Conflict II. The light weight of these reels combined with an extra long spool and slow oscillating rotor to lay line parallel to itself will greatly enhance your distance casting capabilities. The CNC Gear Technology along with the RR30 body and rotor make the Conflict II Long Cast one of the more durable and technically advanced surf reels with long cast capabilities.

Add your review
0 stars based on 0 reviews